Trapped cold ions are among the most advanced physical platforms for the implementation of quantum information processing schemes and protocolls. In current state of the art experiments entanglement of qubits, represented by long lived internal atomic states, is achieved via quantum control of the collective vibrational motion of the ions forming cold crystals. While this method works reliable for small ion crystals it is a current challenge to extend this approach to large ensembles of ions required for large scale quantum information processing and quantum simulation.

The project explores a novel idea for overcoming this problem. We conduct an unprecedented experimental program supported by theory, where the huge dipole moments associated with ions excited to high-lying Rydberg states are the basis of extremely strong and long-ranged interactions. These will permit exceptionally fast entangling operations as basic building blocks for quantum computing and quantum simulation.

While in the short term the fundamental questions to be explored concern the understanding of Rydberg excitation and dynamics of single and multiple ions stored in linear Paul traps, and the various ways of manipulating this dynamics with external electromagnetic fields, the long term promise of this project is a potentially scalable very fast ion trap quantum processor, and in particular also a novel efficient quantum simulator of quantum spin models.

A central experimental challenge is the requirement of a coherent light source near 122 nanometers for excitation of ionic Rydberg states and combining this laser source with a state of the art ion trap experiment. Our consortium is in the remarkable and unique position where at the same institution both this coherent light sources as well as advanced ion quantum computing setups are available.

Currently, the purpose-built ion trap setup has been constructed and was successfully linked with the laser systems. The laser source as well as the ion trap have undergone a first optimization stage. First experiments have tested the alignment and the foucussing of the laser beam. Interactions between the laser source and cold trapped ions have been observed. In particluar the interaction of the VUV laser with the trapped ions has been demonstrated in a first experiment. Here singly charged Ca ions and Ca2+ ions were created.

From the theoretical side we have performed extensive calculation of the Rydberg spectra of Ca+. We have calculated level energy, transition rates and lifetimes. We have performed a detailed study of the excitation dynamics of ions trapped within a small crystal. Here we showed that the extremely large polarisability of ionic Rydberg states leads to strong mechanical forces during the excitation process. This renders the Rydberg excitation of even single ions into a genuine many-body body problem which is vastly different from the situation encountered when only low-lying electronic states are laser excited.

This mechanism was shown to be useful in the context of dynamical mode shaping. This permits the splitting of large ion crystals into smaller subcrystals in each of which quantum information processing protocols can be executed independently and in parallel. This new idea could represent a viable step forward towards a scalable quantum information and simulation architecture.

The planned research is part of a plethora of worldwide activities which share the common objective of turning quantum physics into useful technology. One of the long term goals is to devise a quantum computer in which the classical bits are replaced by so-called qubits, which can be brought into superpositions of their logical states.

At the heart of our research programme is the development of a framework for the theoretical and experimental understanding of a new class of experiments carried out with trapped ions. The research outcomes have the potential to highlight a new direction of research in atomic and ion trap physics and to start new experimental and theoretical initiatives. Our work will have immediate impact on a number of very timely research fields, such as quantum computing, quantum simulation, Rydberg atoms, laser physics and quantum optics. In the long-run this will impact on areas beyond physics, yielding insights into the physics of molecular reactions or energy transfer processes in biological cells. Moreover, the research results could highlight new ways to perform chemical reactions, to devise highly efficient solar cells or to create entirely new materials with yet unknown properties. Each of these examples and, more generally, a Quantum Technology, has the potential to revolutionise information technology and therefore the potential to change the entire society and/or economy. 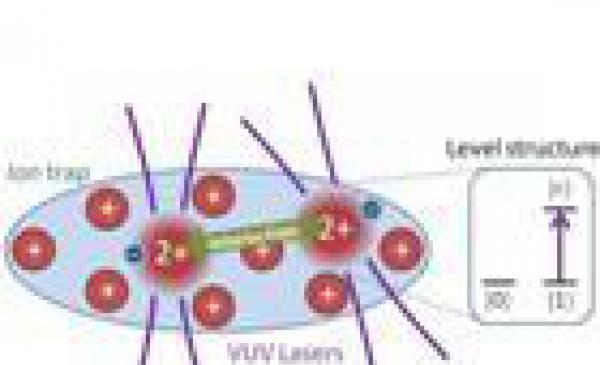